A Weekend At Andaz Amsterdam, Prinsengracht

Known for its laid-back vibe and uber-cool chilled out residents, Amsterdam isn’t the place for stuffy, formal hotels – they need to be just as relaxed and accommodating as the locals are. Andaz Amsterdam manages to achieve this whilst maintaining its five-star status, and is a veritable tardis in the narrow city streets – unimposing and camouflaged on the outside, spacious and aesthetically exciting on the inside. 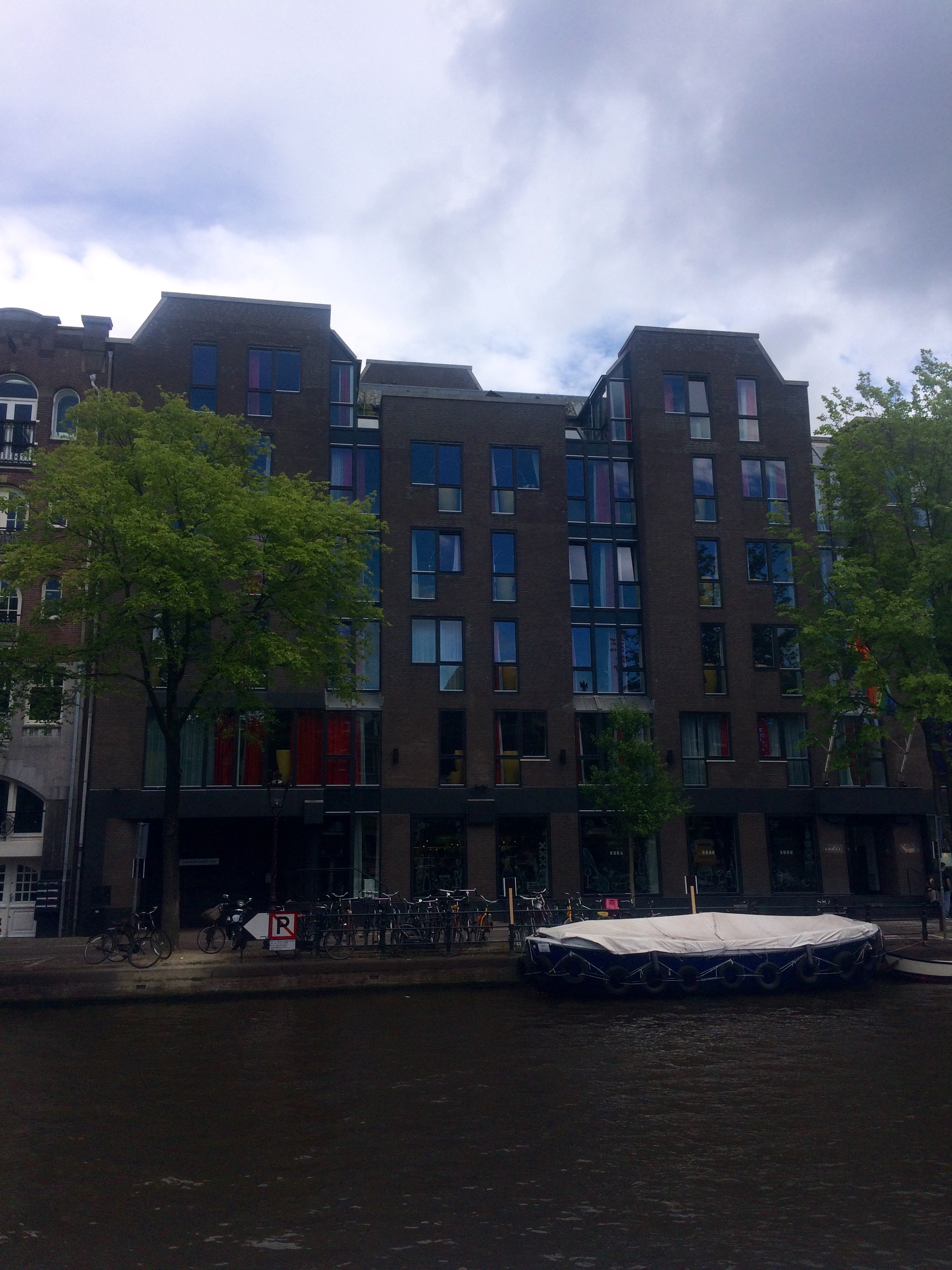 Unsuspecting on the outside, mighty on the inside… 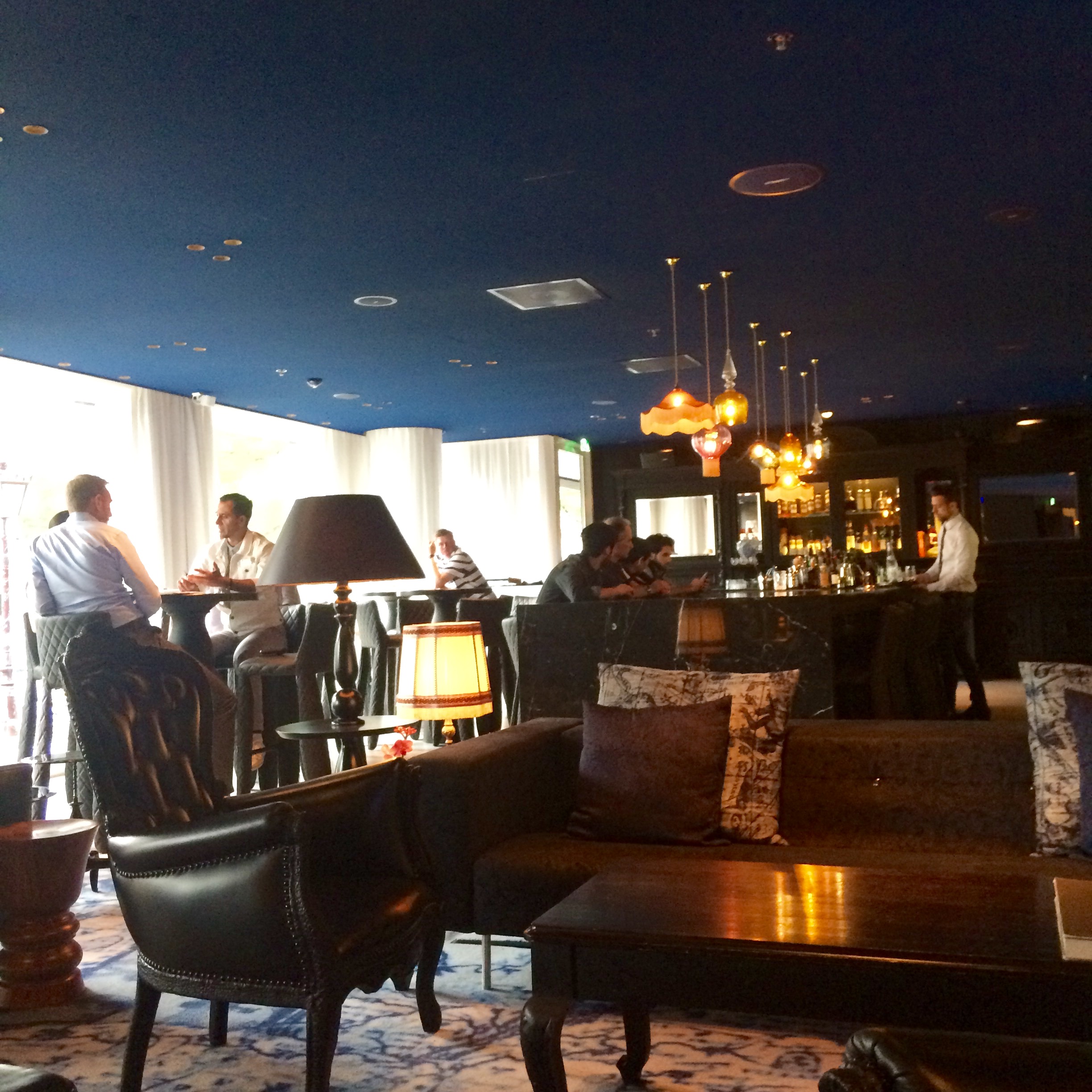 The warm and welcoming lobby

On arrival, the concierge whisked me to a quiet table, where a strong but silky coffee appeared out of nowhere, and proceeded to point out all of her favourite spots in the city on a handy map – including a brewery in a windmill that her and her friends frequent. This was personal service at its best!

Armed with my Amsterdam bucket list, I wandered through the gardens, small but perfectly formed, towards my room. Marcel Wanders really has worked miracles on this previous library building right in the centre of the city, giving it an Alice in Wonderland theme and focusing on pops of colour and clashing patterns. The imposing garden statues, huge spoon on the wall of the aptly named ‘Bluespoon’ restaurant, and giant red chairs all succeeded in making me feel like Alice having drunk a shrinking potion. A fish on the wall? Obviously! What every toilet needs: Some beautifully intricate artwork

A contrast from the rich colours of the corridors and lift, my suite was bright and airy, with a view of the observatory – an innovative solution to non-outward-looking rooms, revealing a stunning labyrinth of glass ceilings, and bird cages. I explored my surprisingly large room (the tardis strikes again!), whilst enjoying a complimentary apple crumble that was very much appreciated after a long train journey. An alternative room with a view

It was hard to pinpoint my highlight of the room, from the huge yellow chair injecting some sunshine, the walk in rainforest shower/wet room, or the bed on which I could easily lie horizontally, I could well have spent the whole weekend happily in the confines of these four walls, and not venture out into the city at all. But if you do need some inspiration for excursions, just take a look at the intricate maps and illustrations of Amsterdam on the toilet walls, perfect for planning your sightseeing to-do list! Enjoying daily wine hour with a view of the lobby

After a glorious night’s sleep, probably helped along the way by the complimentary Wine Hour that takes place each evening in the lobby, it  would have been impossible to rouse myself if it wasn’t for my paper at the door and in-room coffee machine. Fully revived, I padded down to Bluespoon for the Andaz breakfast, where I of course opted for the cold breakfast buffet and a cooked element. I couldn’t leave without wolfing down a full plate of fluffy pancakes, plus a creamy bowl of bircher muesli. Feeling sufficiently stuffed, I grabbed one of the hotel’s strategically placed umbrellas and headed out into a rainy Amsterdam, already on the doorstep of the beautiful canals and famous cafes thanks to Andaz’s unbeatable location.

From the big things like five-star service and impeccable rooms, to unexpected personal touches such as a complimentary mini bar and a weekly run with the GM, from now on Andaz really will be my only choice when visiting the city. 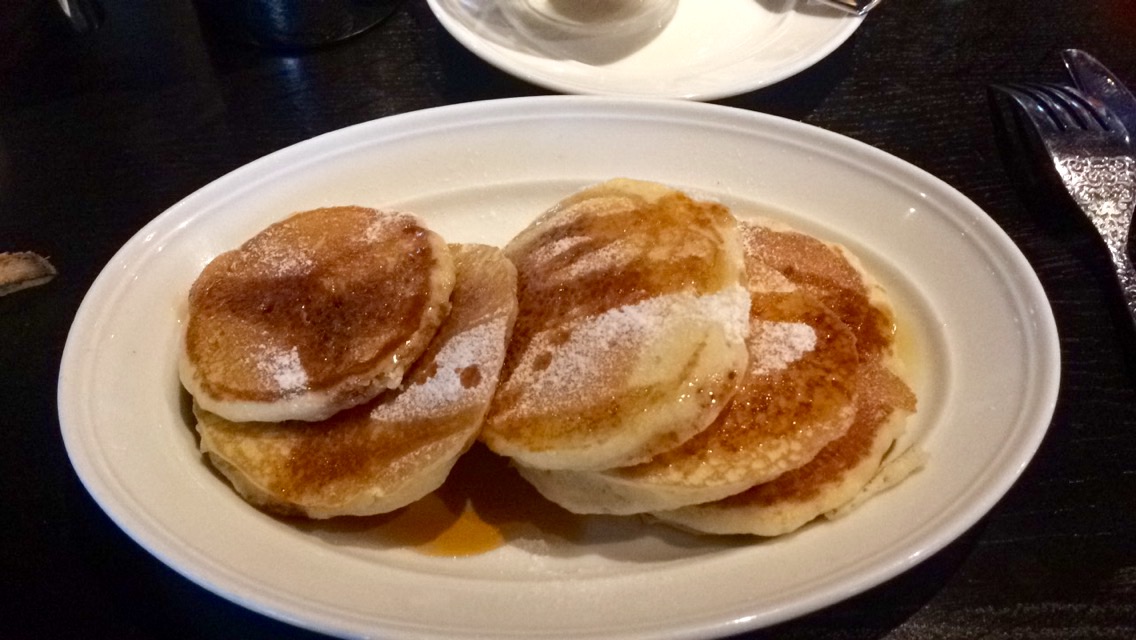 Amsterdam by night, complete with bicycles of course

*Prices in Pound Sterling are according to today’s exchange rate