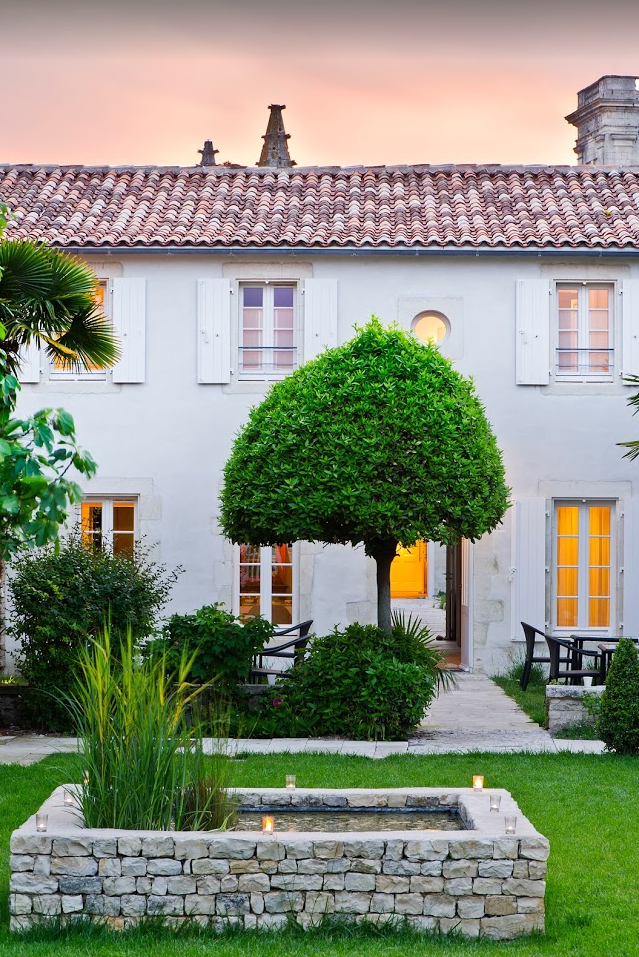 A Postcard From… Île de Ré

Just as wealthy New Yorkers religiously flock to the Hamptons each year, France’s Ile de Re is a magnet for well-heeled Parisians during the summer months. Visiting in the spring though, as I did, proves to be the perfect time to discover this picturesque island sitting off the west coast of France.

With its cobbled streets, whitewashed buildings and seaside-chic boutique shops, the Ile de Re is a magical destination for a long weekend away – just a one-and-a-half hour flight from London to La Rochelle or a 10-hour drive across the Channel.

Staying at the idyllic Villa Clarisse, tucked away on one of the quiet streets leading away from the harbour at Saint-Martin-de-Re, you can enjoy all that the island and town has to offer, before returning to a peaceful retreat where you’re guaranteed a restful night’s sleep. The nine-bedroom property, which is a member of Relais & Chateaux, reflects the Ile de Re in style, with cool neutral tones and a stripped-back colour scheme throughout. The hotel’s thoughtful but understated design is the work of Olivia le Calvez, who transformed this 18th-century mansion house into a haven of tranquillity in 2011.

After a slow start to the day enjoying the hotel breakfast of flaky croissants, fresh coffee and poached eggs (which can be enjoyed by the fire on cooler days), we hopped on our bikes for a day exploring the island’s impressive 100km of cycle trails. Supplied with a homemade picnic, carefully prepared for us by Villa Clarisse’s delightful hotel team, we headed off to Plage de la Conche des Baleines, a long golden sandy beach backed by pine forests. As someone who’d rather be on an overcrowded tube in London than cycling through the city with its terrifying traffic, I was delighted to see almost all of the cycle trails run along the coast and are car-free – making it perfect for those wanting a stress-free cycle, as well as being great for families. We spent the day cycling between beaches and sleepy villages, pedalling through poppy fields and vineyards, before stopping for our picnic lunch and later, a glass of wine at one of the many family-run oyster farms.

Following a (not so) hard day’s work re-familiarising myself with bike gears and steering clear of other cyclists, we returned to Villa Clarisse for a pre-dinner dip in the heated outdoor pool – located at the end of the hotel’s walled garden, the largest in Saint-Martin-de-Re, and of course, perfectly lined with fig trees and fragrant rose bushes. Dinner is served at Villa Clarisse’s sister hotel, Hotel de Toiras, in its restaurant, La Table d’Olivia. Just a stone’s throw away from one another, Hotel de Toiras is definitely the older sister to Villa Clarisse, with its classically French toile, plush furnishing and iconic archive wallpaper throughout. After champagne and oysters in the courtyard, we enjoy a truly memorable meal by Chef Thibaut Peyroche d’Arnaud – a highlight for me was the mandarin souffle.

As the sun sets on a delightful day, I reflect on why the Ile de Re is so popular and attracts travellers who visit year-on-year. As we look ahead to travel plans for later this year and beyond, I highly recommend that you make like a Parisian and head to this glorious part of France. 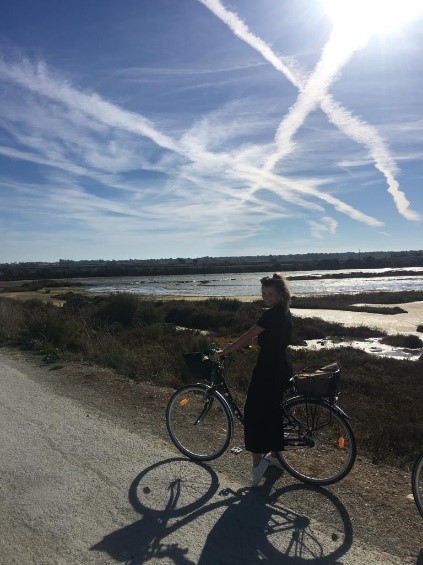