Founded over forty years ago, Hastings Hotels is Northern Ireland’s premier hotel group. The Hastings portfolio has seven luxurious hotels of character and distinction, each set in key locations across Northern Ireland, including:

The Culloden Estate & Spa was once the official palace for the Bishops of Down and stands in 12 acres of beautiful secluded gardens and woodland.

Nestling at the foot of the Mourne Mountains, the Slieve Donard Resort & Spa is one of Northern Ireland’s most popular hotels boasting 175 rooms and suites as well as a 16-treatment room ESPA Spa.

Ballygally Castle is beautifully located on the scenic Antrim coast facing the soft, sandy beaches of Ballygally Bay and only 26 miles from Belfast. The castle dates back to 1625 and is unique in that it is the only 17th Century building still used as a residence in Northern Ireland today.

The World-Famous Europa Hotel in Belfast is located in the heart of Belfast City Centre. With a choice of 272 bedrooms – including 92 Executive Bedrooms and Suites.

The Grand Central Hotel Belfast is more than just a hotel, having opened in summer 2018. The original Grand Central was built in 1893 and was the thriving hub of Victorian Belfast as well as the finest hotel in Ireland. After an investment of £53 million, Grand Central Belfast is Northern Ireland’s tallest hotel. 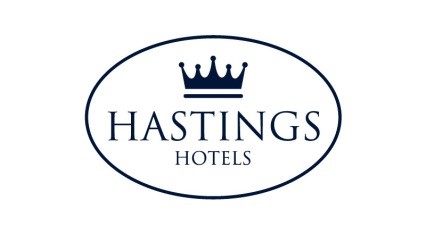